So, if you’ve been around very long you know that sometimes amazing things happen to me that really can’t be explained…right? Yeah, that’s SO right. Let me remind you of… 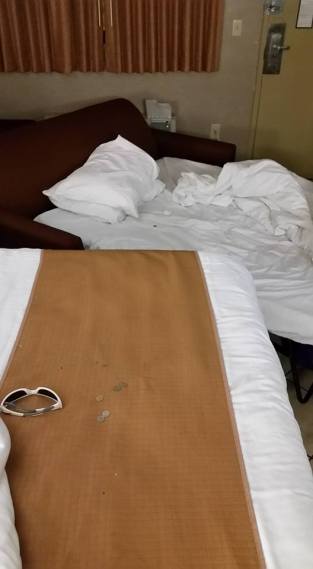 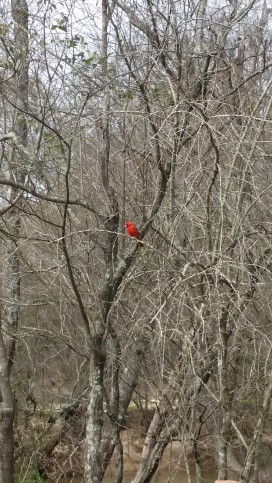 THE BEST CHRISTMAS GIFT PROBABLY EVER:

Today I have to tell you about something equally unbelievable that happened a few weeks ago. I’ve had to really process it to be able to wrap my mind around the fact that it indeed really DID happen. Yesterday, I took a picture. So, today I actually have proof.

Remember the post about the best Christmas present ever? The one about the fire truck picture. Do you remember the shocked look on Brad and Jill’s faces when they realized that the picture had for sure belonged to Greg?

Ok…now imagine if you can that same look of shock on my face while I tell you this next story.

Yes, this picture is HYSTERICAL! LOL…and completely appropriate for this story!

Three Sunday’s ago I went to meet Bo’s family for the first time. I had not been to their home before, but I knew that Bo’s mom collected antiques because he had told me about it. Of course, y’all know I love antiques so I was looking forward to seeing her collections.

When we arrived at his parents house, I was nervous (naturally) and was not really sure what to say. Normally, I can talk to anyone but I was just kind of at a loss for words this day. It’s been awhile since I met someone’s family I guess. Bo kept saying there was nothing to be nervous about (and he was right…they are awesome!), but he was equally nervous meeting my family as well…so ya know we were kinda even.

Anyway, when I walked in I noticed the Hoosier cabinet and various other things immediately. We walked through the foyer and into the kitchen where his dad (Danny) was finishing dinner. We all just stood around and talked for a while and then Bo’s mom (Barbara) took me on a tour of her home to see her antiques.

We casually walked into her dining room where she has several different antique pieces of furniture and neat collectables. She was telling me about them and Bo was standing beside me as she pointed out each thing around the room. That’s when I saw it…and I am reasonably sure I blacked out.

Sitting in front of the window between two cabinets was a bench. When I saw that bench I blacked out for a couple of seconds…then I thought about passing out…or throwing up. I wasn’t sure which was gonna happen, but I felt sure that one of the two was gonna be the death of me at that exact moment.

I took a couple of deep breaths and tried to calm myself down. Bo and Barbara were talking and I remember nodding, but I couldn’t tell you what they were saying. I was incapable of comprehending anything at that moment.

I remember turning to walk out of that room and Bo put his hand on my back. It’s a good thing he did, because I still felt shaky and more than a little off balance. Bo said later that he couldn’t really tell that I was in shock. I don’t know how he missed it, but I warned him that he needed to pay closer attention to my face (and how it looks when I’m in shock) in the future!

We continued our tour through their home and then we ate a wonderful dinner with Bo’s sister Lee, his son Colton, and of course his parents. We had a great time and I enjoyed the conversation around the table a lot. When it was time to go, I thanked them for inviting me (I hope I remember that I did thank them!) and we left. Just Bo, Colton, and me.

The girls were not with me on this visit. I had told them that I had two daughters who were 8 and 9, but I don’t know if I told them their names. Maybe I had…I really don’t know.

On the drive back to Fayette, I called my mother. I guess I had held myself together for as long as I could, because when she answered the phone I started laughing hysterically. I couldn’t even tell her why I was laughing because I couldn’t quit laughing long enough! Y’all know how it is when I get hysterical…there is no stopping the laughter. I’ve been told it is contagious, but honestly there isn’t anything I can do about it when I am truly hysterical. My mother knows this…and so she laughed for several minutes before I actually told her what had happened!

Well, anyway when I finally got myself together I told Mother the story about the bench. She was just as shocked as I was…and she said she would have run out of that house screaming if it had been her! I had to admit that the thought had crossed my mind…right before I almost passed out.

I can’t remember now if it was that night or the next day when I told Bo how shocked I was when I saw that bench. I still don’t know if he really understands how amazing it was to me at that particular moment. I have processed it for three weeks…talked about it with several people…and been shocked all over again when I see their reactions in person. Now that I have a picture…I’ll let you decide if you would have been shocked or not:

Sometimes I truly believe that God’s sense of humor is more than any of us mere humans can fathom. I mean, honestly…how many Linnie’s do you know? Do you think it was just a coincidence that inside this home was a bench with my daughter’s unique name on it by accident? I certainly don’t!!!!

I mean, this is the name that Linnie has resigned herself to NEVER finding on vacation. Ever. There won’t be a “Linnie” key chain just sitting there ready for my sweet girl to fork over $4.99 for anytime in her near or distant future.

The strangest thing is, I had contemplated spelling Linnie’s name “Lennie” because my daddy’s middle name is Lennis. A lot of people do spell it that way..and it’s ok. I chose to spell it “Linnie” because I liked how it looked. When I saw the bench, the star above the “e” made it look like an “i” to me…I didn’t realize it was an “e” until yesterday when I snapped that picture of it.

The fact still remains that a bench with Linnie’s name on it sits inside of Bo Gray’s parents house. Which means the bench, Bo, and his family are not in my life by accident.

Just like the picture Brad got for Christmas, the journey this bench took to land where it did was not an accident. And, it was a great hint to me that I was right where I needed to be at this point in my life.

If you add the fact that I have found 4…FOUR…dimes at Bo’s house and in his shop over the past month…I’m gonna say that someone…somewhere….intends for me to be where I am right now.

If I see a red bird out there…I honestly might go ahead and pass out. Just sayin’….